THE MOUNTAIN PEOPLE OF UGANDA

SAUCE OF THE SOURCE

THE MOUNTAIN PEOPLE OF UGANDA

There are many tribes in this country but have you ever heard of the Ik tribe?

Sometimes called Teuso this ethnic group live high up in the Morungole mountains near the Kenyan border in the Kidepo Valley Park region of Northeastern Uganda. Mentioned briefly in our previous blog these people are said to have migrated from Ethiopia to Kenya and finally Uganda hence the name Ik which means ‘the first to migrate’ here. Comprising of approximately 10,000 people they came here as traditional hunters and gatherers, however when the Kidepo Valley National Park was created in the early 1960’s they were displaced from their land resulting in famine and extreme hardships. They were also regularly raided by other tribes, the Karamajong, Turkana and Tuposa thus forcing them to migrate up into the Morungole Mountains where they live in relative peace today.

The Ik community consists of several small villages arranged in clusters. The villages are surrounded by an outer wall and then sectioned off into ‘neighborhoods’ much like our ‘suburbs’. These are called Odoks and each sectioned into walled households called asaks which have a front yard. The children’s sleeping quarters are separated from the parent’s area by cooking stones, there is no mattress or mat except a scooped out trough in the earth. The men in the tribe can marry as many wives as they want depending on the number of beehives they have. The children move out after 5 years of age to stay with their grandmother until the ages between 11 and 13 after which they team up in groups of five or six, build a hut and stay until they marry. Raising of children is quite different here as it is mainly they themselves that teach one another the basics of survival whilst the adults go about their daily lives.

A big percentage of the tribe are illiterate and only one woman is currently at university to become the first graduate of the tribe. They also have their first Member of Parliament since 2016 making history for the tribe.The Ik are warm hearted, hospitable people surviving on subsistence and goat farming as well as honey production. 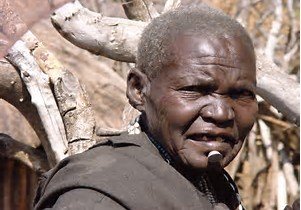 Getting to their village although physically challenging is an amazing experience. The trail is a 16km round trip and with the peak of Mount Murongole 2,749 meters above sea level you have to be fit as the hike to the villages is a tough one. The stunning scenic views and the amazing cultural experience will be forever remembered and well worth the challenging trail! If you would like to visit and learn more about the Mountain People of Uganda contact Gately Tours and we can draw up an itinerary to suit your interests/needs always.