Uganda, straddling the equator high on the central African plateau and perched on the northern shore of Lake Victoria, is marketing Uganda tours hard as the ultimate eco-destination. Chimpanzees play in the shadow of the snow-capped Rwenzori Mountains, elephants drink from the gushing waterfalls of Murchison Falls National Park, and lions and Ugandan cobb graze on the beautiful savannah grasslands of Queen Elizabeth National Park.

But delve deeper into the country’s southwestern corner, and you will find a different type of creature. Here, in the depths of the Bwindi Impenetrable National Park, half of the world’s remaining wild mountain gorillas roam free, and you can trek through their disappearing habitat to see them at work, rest and play.

Our featured Uganda Tours and Safaris have been designed with our travelers favourite itineraries in mind from over the years. Let's take you through... 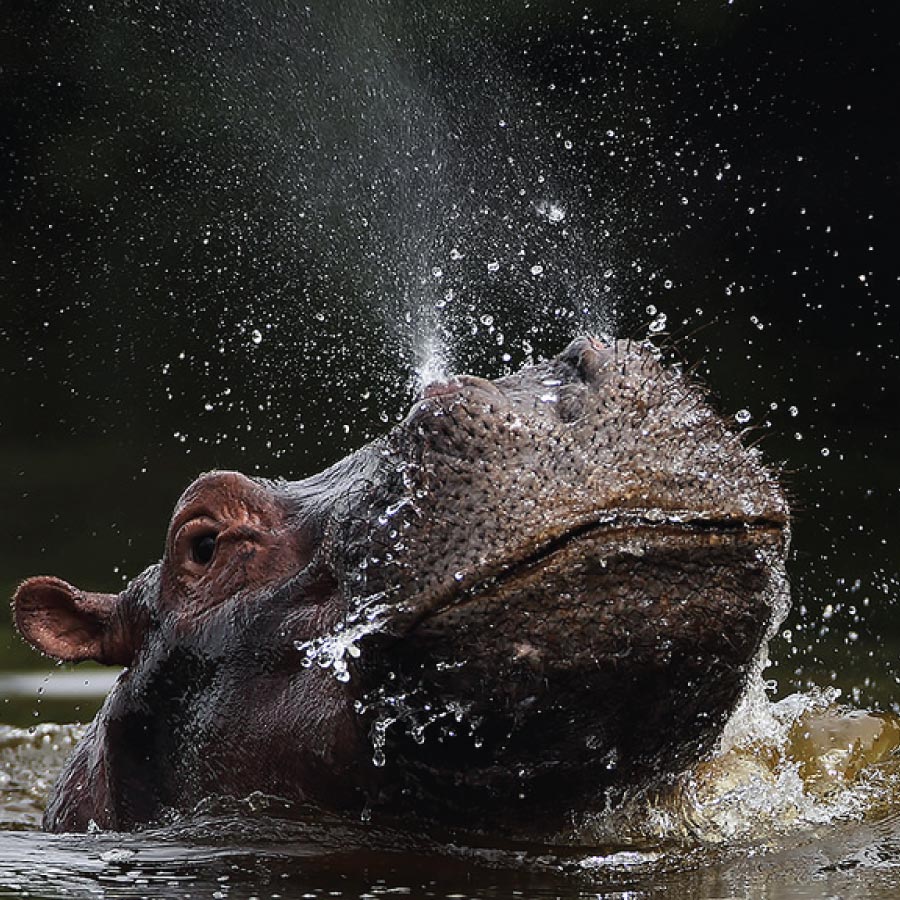 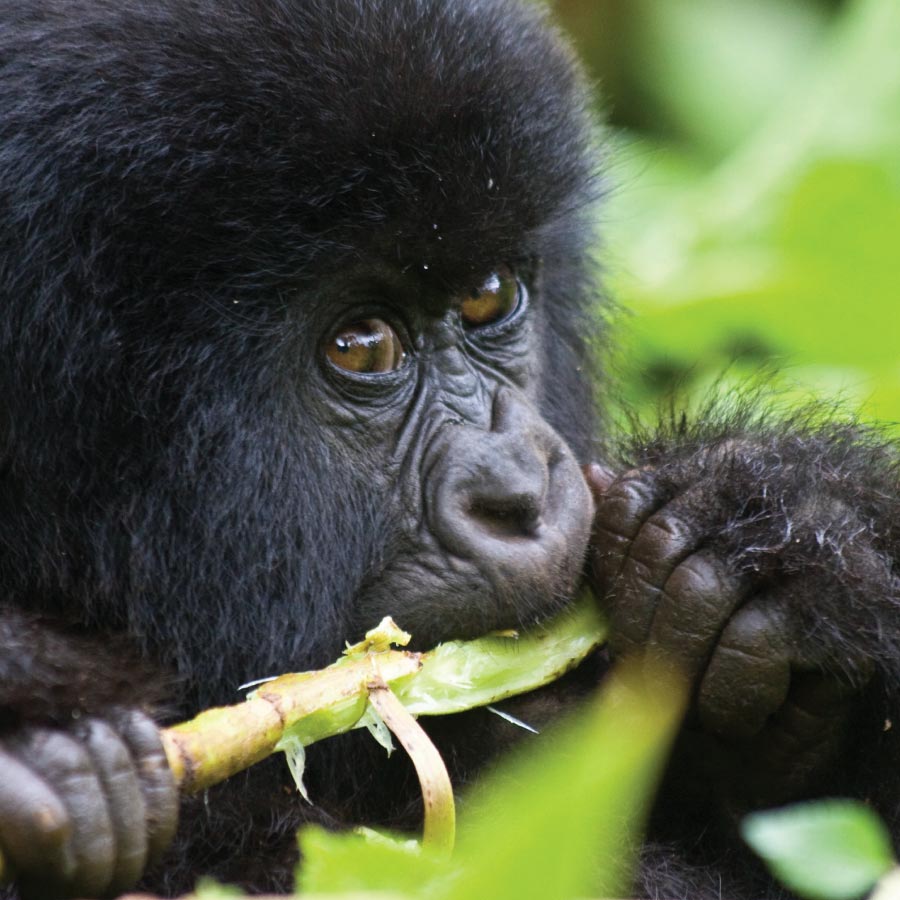 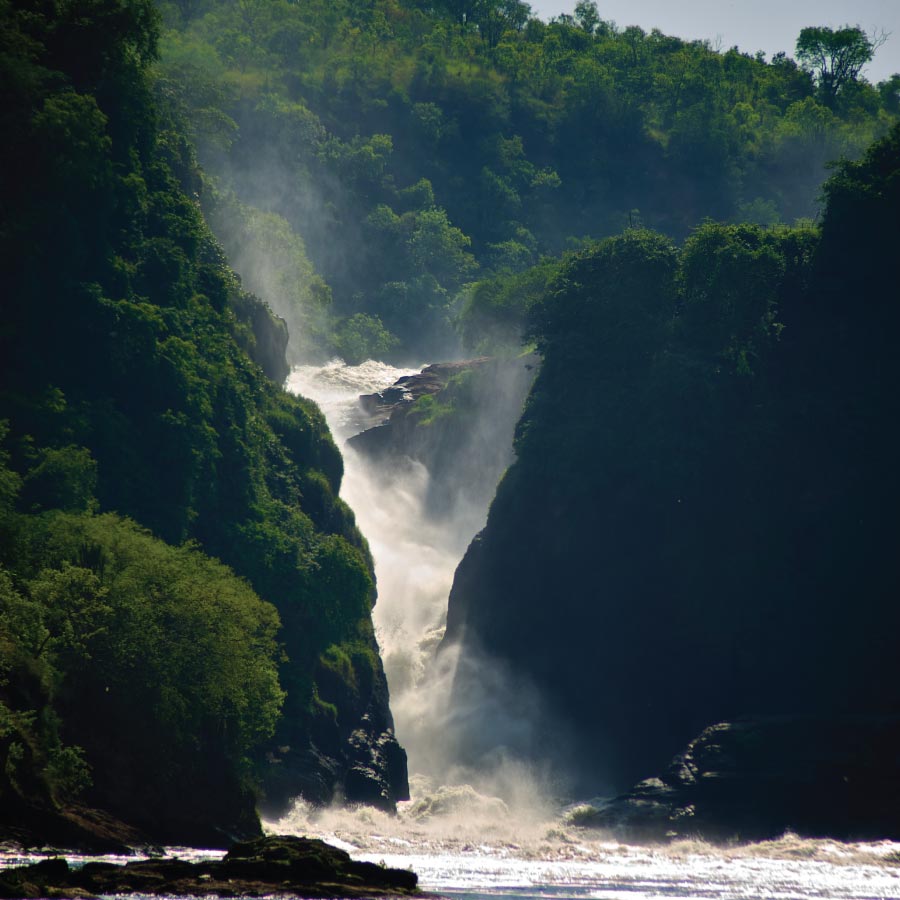 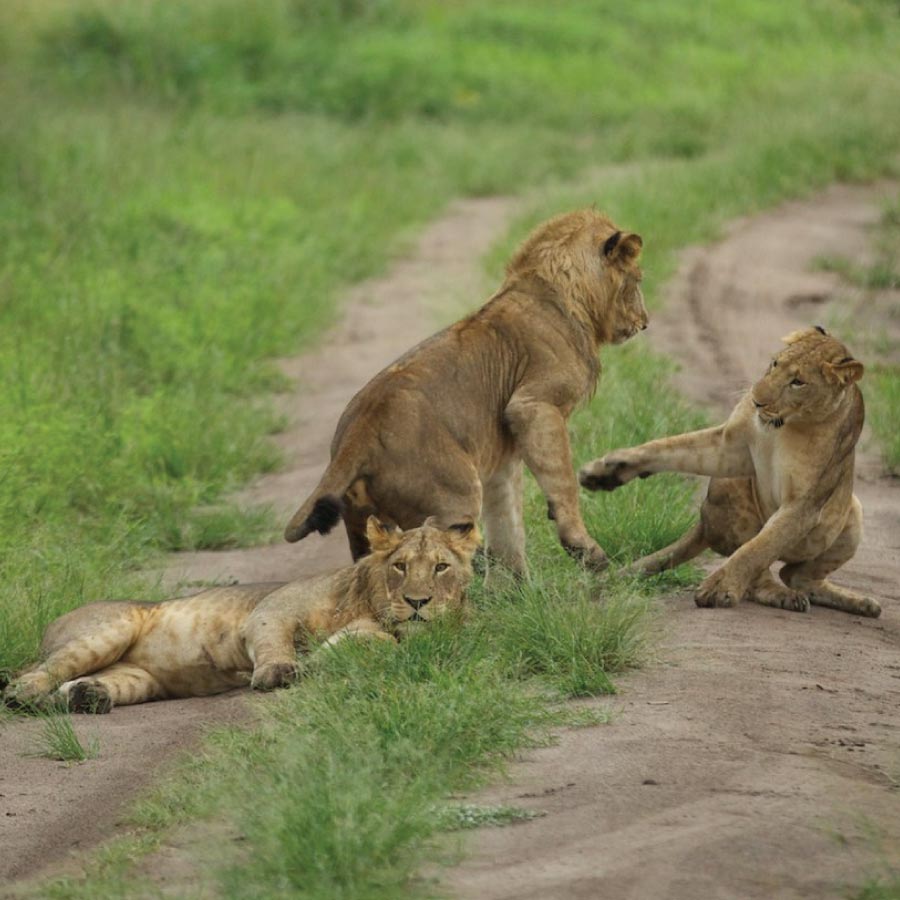 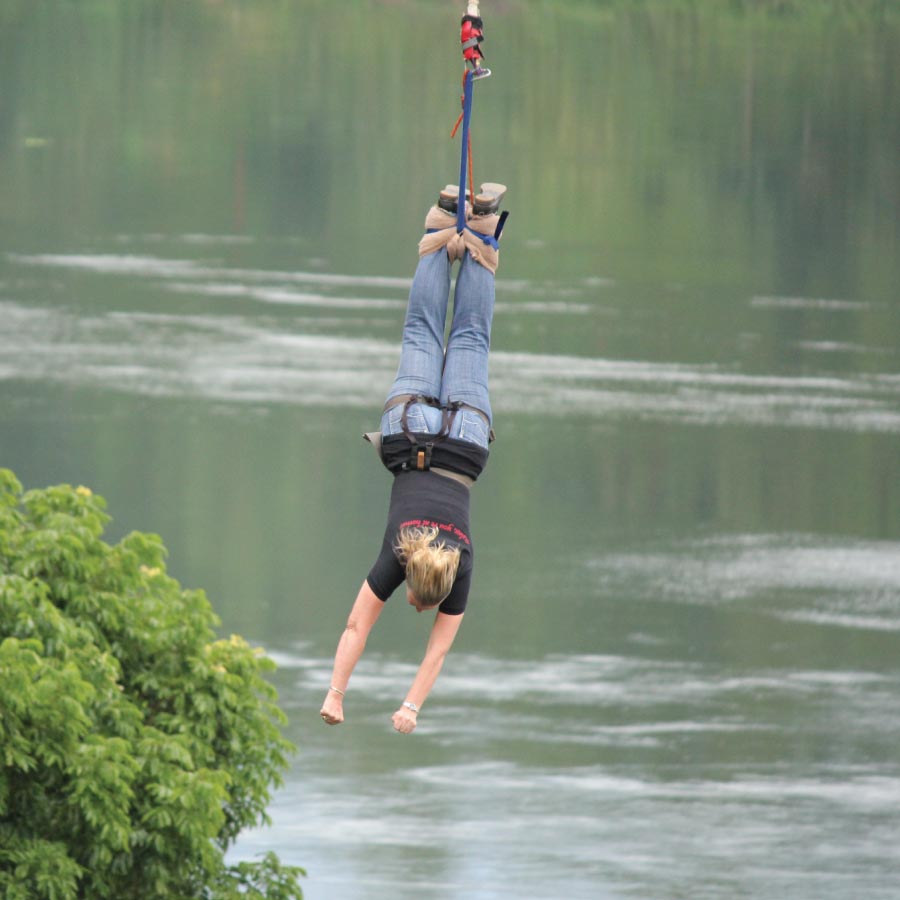 The Nile Source
& Beyond 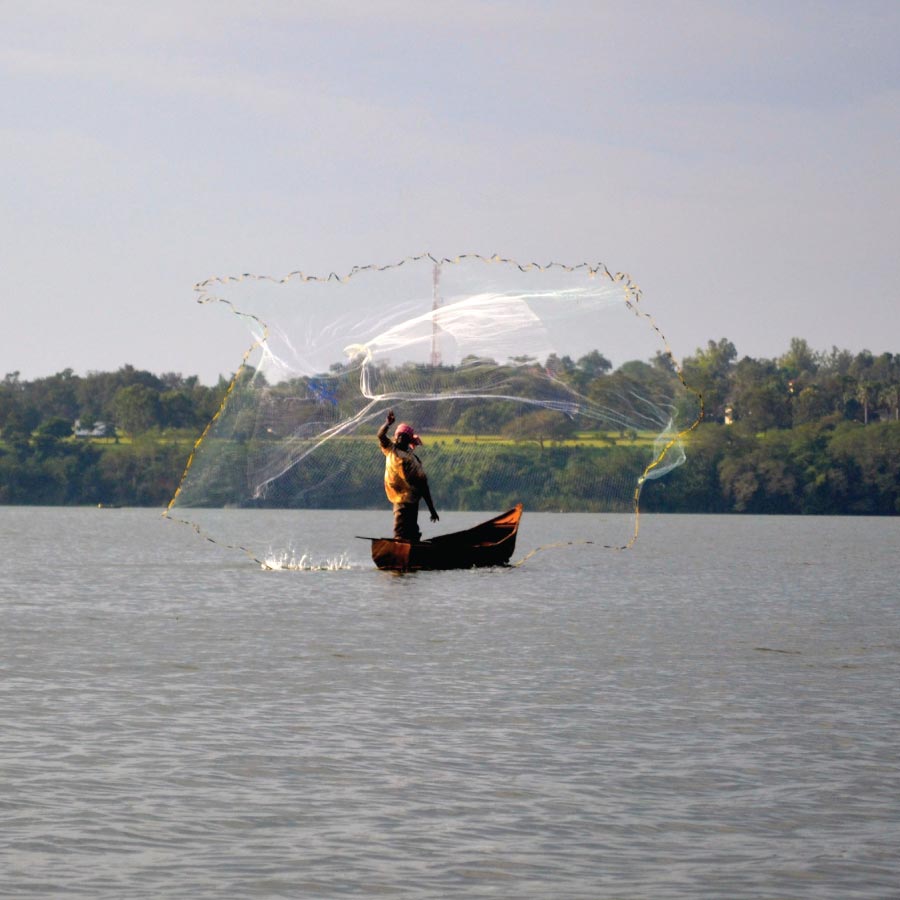 We know where to go, what to do and how to get you there!

Many travellers are enthusiastic about Uganda tours to catch sight of the mystical, mountain gorillas living in the dense forests. Uganda’s attractions don’t stop there. The hippo-filled rivers, abundant birdlife, serene lakes and villages filled with enthusiastic locals consistently capture the attention, imagination and hearts of travellers worldwide.

Aside from the gorillas, Uganda’s national parks provide a rich and unique habitat for a great number of wildlife species. From savannah in the east to rainforest in the west, few countries can match the sheer diversity of the landscape. Kibale National Park has East Africa’s highest concentration of primates, with 13 species, including chimpanzee; while Queen Elizabeth National Park has 95 mammal species including the elusive tree-climbing lions.

Birdwatchers are in for a real treat with more than 1000 species to spot. Exploring the island-studded Lake Bunyonyi by canoe offers the perfect opportunity to commune with nature and soak up Uganda’s glorious scenery.

1Does Booking one of the Uganda tours require me to have a Visa?
Visas are required by most nationalities, including the EU, US and Australia. Visas are available at point of entry to most nationalities. Some nationalities are required to obtain visas in advance - you MUST check before departure. If you plan to purchase your visas on arrival, you will need new (post 2003), clean American dollars cash and the cost is around US$50. You can apply for tourist Visa online or an East African Visa if you plan on crossing over to Rwanda or Kenya.
2Is tipping customary in Uganda?
Tipping isn’t mandatory in Uganda but considering that most Ugandans earn little, tips will be appreciated. As a guide, adding 10% in cafes and restaurants is acceptable, although not necessary.
3What is the internet access like in Uganda?
Travellers will be able to access the internet quite easily in the internet cafes of Uganda’s capital and large cities, but limited to no access should be expected in regional and rural areas. The IPS networks cover most of the country and you can buy a WiFi gadget for close to $50 but they would need your passport for registration.
4Can I use my mobile/cell phone while in Uganda?
Mobile phone coverage is generally good in Uganda’s large cities and towns, but less so in rural and mountainous areas. Ensure you have global roaming activated before leaving home if you wish to use your mobile phone.
5What will it cost for .....?
Can of soft drink = 1,500 UGX Bottle of beer = 2,500 UGX Street snack = 3,000-4,000 UGX Meal at a cafe = 10,000-20,000 UGX Exchange Rate: $1.00 = UGX 3,600
1Can I drink the water in Uganda?
Drinking tap water isn't recommended in Uganda. For environmental reasons, try to buying bottled water or fill a reusable water bottle or canteen with filtered water. Ask your leader where filtered water can be found; some hotels may have drinking water available.
2Are credit cards accepted widely in Uganda?
Credit cards are usually accepted by large hotels and western-style restaurants (particularly in the cities) but not by smaller vendors. Ensure you have adequate cash to cover purchases not able to be made on credit. There are Forex exchange outlets at the Airport and in Big cities.
3What is ATM access like in Uganda?
ATMs are easily found in large cities and tourist areas, but are rarer in small towns, rural areas and villages. Be sure to have other payment methods available when venturing out of the city, as ATMs aren't always an option.
4Do I need to purchase travel insurance before travelling in Uganda?
Absolutely. All passengers travelling with Gately Tours are required to purchase travel insurance before the start of their trip. Your travel insurance details will be recorded by your leader on the first day of the trip. Due to the varying nature, availability and cost of health care around the world, travel insurance is very much an essential and necessary part of every journey.
5What public holidays are celebrated in Uganda?
1 Jan New Year's Day 26 Jan NRM Liberation Day 16 Feb Archbishop Janani Luwum Memorial Day 8 Mar International Women's Day 14 Apr Good Friday 17 Apr Easter Monday 1 May Labour Day 3 Jun Martyrs' Day 9 Jun National Heroes' Day 25 Jun Eid al-Fitr / End of Ramadhan* 1 Sep Eid al-Aduha* 9 Oct Independence Day 25 Dec Christmas Day 26 Dec Boxing Day * subject to changes Please note these dates are for 2017. For a current list of public holidays in Uganda go to: http://www.worldtravelguide.net/uganda/public-holidays