CONQUERING THE MOUNTAINS OF THE MOON

SAUCE OF THE SOURCE

CONQUERING THE MOUNTAINS OF THE MOON

How would you like to hike the highest mountain range in Africa? Many have and have reported that it was the most incredible experience ever!

Rwenzori’s highest peaks are Margherita (5,109m) and Alexandra (5,083m) which are exceeded in altitude only by extinct volcanoes Kilimanjaro and Mount Kenya. The Rwenzori Mountains are unique in that they are not volcanic in origin but rise directly from the Rift Valley floor.

Although the Rwenzori is well known for it’s hiking and climbing this range also supports a diverse fauna and flora system. The system includes 70 mammal and 177 bird species and is the only national park in Uganda where the Angola colobus monkey has been seen. 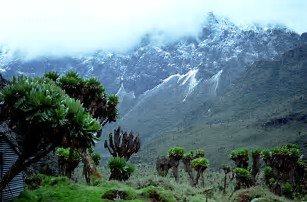 As far as hiking and climbing is concerned there is a great network of trails and huts on the mountains. The circuits that spiral between the peaks reveal magnificent montane scenery can take up to ten days to complete. Only the more experienced climbers are advised to tackle the snow peaks. Most people regard the Rwenzori a lot tougher to ascend than Mount Kilimanjaro or Mount Kenya. It is advised that if you intend to climb one of the glacial peaks it is essential that you are properly prepared as cold and wet conditions are normal on the mountain. Do not make the mistake of underestimating how cold it can be on the equator. You will need plenty of warm clothing for the nights. 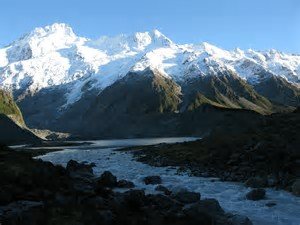 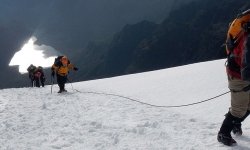 Make sure your equipment includes ropes, ice-axes, harnesses, crampons and walking sticks or alternatively you can hire gear from your mountain operator. Snow goggles, a compass and an altimeter are also advisable. The driest months are from late December to early March and from late June to early September usually. Do not attempt to climb these mountains unless you are reasonable fit or if you have heart or lung problems.

Ultimately before embarking on a hike or climb of Rwenzori make sure you are in possession of a good map and guide book. If you intend to climb above the snowline make sure your guide is experienced and well trained!